Skip to content
Menu
Connect with us
Read more articles

An overview of Large Scale Scrum (LeSS) and its value 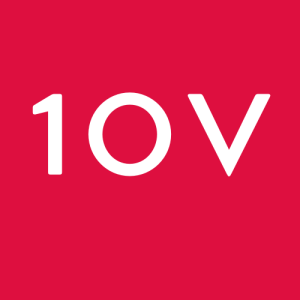 As your organisation scales up, it is crucial to maintain an agile mindset for problem-solving and collaboration.

But how can you practically support agile development in your business?

That’s where the Large Scale Scrum (LeSS) framework comes in.

If you have ever watched a rugby game, you know that players come together in what’s called a scrum – or a team effort to gain possession of the ball and move forward.

In agile business transformation, Scrum has a similar meaning: the team comes together to work on small tasks and deliver incremental value.

In larger businesses with more than one team, the Large Scale Scrum framework is typically applied.

Although changing the structure of your organisational structure requires a significant and ongoing commitment, the LeSS lightweight framework can make the transformation smoother and more efficient.

Here is what you need to know…

The framework above is often described as single-team Scrum.

But what happens when an organisation begins to grow and expands to include multiple teams?

That is where Large Scale Scrum becomes helpful.

Introduced in the book Large-Scale Scrum: More with LeSS, by Craig Larman and Bas Vodde as a framework for scaling Scrum, LeSS allows large organisations to fuel agile development while working with multiple teams.

Some of the pillars of LeSS to support scaled agile frameworks are.

Just as in the Scrum framework, LeSS structures boast a few key figures:

Although the LeSS framework is thoroughly adapted to the needs of each organisation, this organisational structure does have some important pillars.

In particular, a lot of the framework’s success is based on certain events that take place on a regular basis.

Some key elements of working in Sprints include:

The teams might also incorporate aspects of other frameworks such as OKRs to focus on business value.

LeSS is considered to be an empirical framework based on experiments.

In turn, no two organisations will use an identical LeSS structure.

However, what does remain the same across all organisations adopting LeSS is the rules of this framework.

Some of these key rules include:

As seen, LeSS follows certain predetermined rules across all organisations, but the principles behind this framework are created to be adopted by different companies.

These key principles are:

As seen above, the LeSS framework is an empirical one, meaning that it is based on experiments that organisations try in accordance with the Guides outlined by Craig Larman and Bas Vodde in their book “Large-Scale Scrum: More with LeSS”.

The importance of these experiments comes from the assumption that product development is a highly complex field, in which a predetermined set of rules or “one-size-fits-all” approaches won’t work equally well in every situation.

Instead, through experiments, organisations can elaborate their own product development approach and framework, which can be then refined through each Sprint.

However, not all growing organisations are of the same size or have the same growth goals.

That is why LeSS is subdivided into two frameworks:

Getting Started With LeSS: Partner With a Scrum Master

Although the lightweight nature of Scrum and LeSS frameworks makes it easier for teams to support their agile development, a change in internal structure might not always be so easy.

Because of this, when looking to implement LeSS, you should take some fundamental steps:

Even more importantly, consider partnering with an Agile Transformation specialist.

At 1ovmany our team has the experience and knowledge needed to guide you along in the process of adopting a LeSS framework.

We can do this without the added stress of significantly altering your organisational structure.

Get started by booking your free consultation with us today.

Stretch goals are a great way to engage and motivate employees. While OKRs can be used to help set purposeful goals and keep your team on track.

Here we explore the ways in which change management process can transform and revitalise a business.

1ovmany’s Business Transformation Consultants can help you to make the right business decisions by ensuring you understand the systematic consequences each decision could have.

Use OKRs as a tool to help set and achieve purposeful business objectives that will act as a guide towards long-term strategic success.

Scaled Agile Framework (SAFe) offers many benefits to growing organisations, more specifically to improving operational efficiency. Discover more about SAFe and how we can help you implement the principles here.